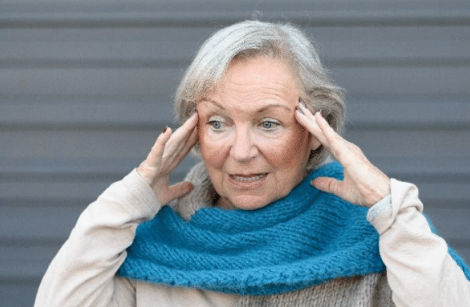 For anyone over the age of 50, you know that the last time your misplaced your keys, or you forgot your sister’s birthday, you immediately thought ‘I have Alzheimer’s’. This knee jerk reaction is a default for our generation. For years we’ve seen the commercials on TV, witnessed the cognitive decline of our older relatives and friends and, secretly or not, worried that someday dementia would be our reality. And while you can probably disregard missing your sister’s birthday and were likely just distracted when you set your keys down, there are nine signs of cognitive issues that you don’t want to ignore.

1. Trouble planning or solving problems such as having trouble remembering a recipe you’ve made a hundred times before, having trouble keeping track of your monthly bills, or having difficulty planning your weekly grocery shopping.

2. Memory lapses that interfere with your daily life such as asking for the same information repeatedly, forgetting the punchline of a joke you’ve told before or increasingly relying on reminder notes for things you used to handle on your own.

3. Confusion times and places such as losing track of seasons or the passage of time (is it afternoon?), forgetting where you are, or how you got there.

4. Trouble with visual images and relationships such as difficulty judging distance to the curb, determining what color something is, or difficulty reading.

5. Problem finding the right word whether speaking or writing such as losing your train of thought when speaking, repeating a story you just told or calling things by the wrong word.

6. Trouble retracing steps and misplacing things such as not being able to go back over your steps to find something you’ve misplaced.

7. Trouble with judgement or decision-making such as making poor financial decisions or giving away large sums of money to telemarketers.

8. Withdrawing from social engagements such as work projects, sports, or hobbies.

9. Marked changes in mood and personality such as a becoming confused, suspicious, depressed or anxious and becoming easily agitated.

It is very important to keep things in perspective! While it seems that everyone is talking about dementia, less than 8% of people over the age of 60 are diagnosed with the disease. And each of the warning signs above can also be due to normal aging, side effects of medication or simply a busy life. Speak with your doctor and tell him/her of your concerns. Ask them to perform a cognitive evaluation. If it is a medication interaction, switching dosages may help. If it is, however, dementia related, early detection will allow the doctors the greatest chance of intervention.