Memory Care Special: $4,100.00 apartment rate- "Lock in for Life" for the first 4 depositors. (Special does not include the level of care).
Get started

Del was born on November,22, to Walter and Carrie Stacy. He went to high school in Santa Anna, Texas and went to college at Hardin Simmons University, in Abilene Texas. He married his wife, Patsy Hammonds in 1954. She is a retired RN. They have three children, 6 grandchildren and 9 great grandchildren.

Fun facts about the month of October

This month’s name stems from Latin octo, “eight,” because this was the eighth month of the early Roman calendar. When the Romans converted to a 12-month calendar, the name October stuck despite that fact that it’s now the 10th month.

October 4 th is National Noodle Day, October 16 th is National Fossil Day, Sweetest Day is on the 17 th, and Boss’s Day is celebrated on October 19th. Those born in October can be born under one of two very different star signs. If you’re born before October 23 rd, then you have the sign of Libra.

A BRIEF HISTORY OF HALLOWEEN
The origin of Halloween can be traced to the ancient Gaelic festival of Samhain (pronounced sow-in, which rhymes with cow-in), meaning Summer’s End. This festival celebrated the end of harvesttime and the beginning of the “dark half” of the year. It was a seasonal marker as the ancient Celts bid good-bye to warmth and light as day length shortened.

We will be having a decorating door contest for Halloween. Please come out and join us in participating in decorating the doors. 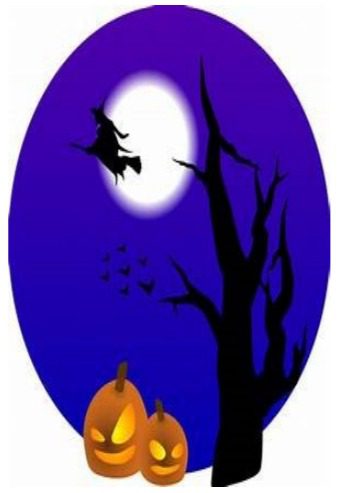