Move In Special: $1000 off your third month rent if you move-in during the month of November. Contact us to sign up!
Get started

Traveling with a Loved One with Dementia 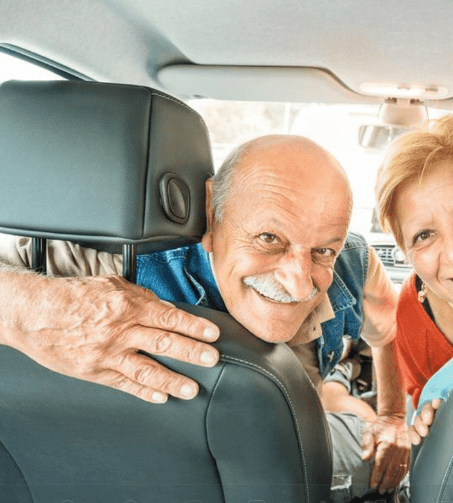 I am repeatedly asked for advice on whether or not to take loved ones living with dementia on vacation. My answer is always consistent, It’s always better if they are still in the early stages of the disease. If they are too far” advanced, the problems you will encounter may be very severe. Once they enter the later stage, the safe haven of his or her homes may honestly be best place for them.

What I’m hearing the most from family caregivers is, This will most likely be our last trip together. Living here in Florida, care providers are constantly telling me, they’re planning a 3-5 day cruise.

Those that have opted to not heed my advice have almost certainly come home telling me that everything that could have possibly gone wrong did!

Let me describe what happened to a certain gentleman. He went against the advice of several dementia-caring professionals and decided to take his wife across a multi-state road trip to visit his son. Not even making it out of his home state of Florida, he started running into difficulties. They began with having to make frequent stops so his wife could use the rest room and attempting to bring down his wife’s anxiety levels which seemed to be intensifying by the mile. He pulled into a well-lit truck stop in the northern part of the state, reckoning it would be safe since it was populated. After waiting for about 15 minutes for his wife to come out of the restroom, he decided he’d better knock on the door and check on her. He finally opened the door and found her just standing there with a lost expression on her face. Gently, he reached out for her hand to lead her back to their car. At this point his wife started screaming at the top of her lungs. The next thing this man knew, he was surrounded by people and thrown to the ground and held there until the authorities arrived. Meanwhile, she was telling everyone that she had no idea who he was and that he had kidnaped her. The police arrived and handcuffed this man—charged him with a major felony. This left absolutely no one that understood how to properly care for this scared and confused woman with dementia.

Embarrassed, broken and defeated he finally convinced the police to call his son, who was a day and a half away, to come get his mother. Three times that man had to go back to that northern rural town for court appearances. The devastation and turmoil this family went through may never heal.

I know that there will be times when you have absolutely no choice and you all have to go somewhere. Funerals or other drastic events may come into play. However, think deeply and hard before you start stripping a loved one away from his or her daily routine so desperately needed in the late stages of dementia.

I personally experienced a similar but less disastrous situation during a 12-day trip to Canada with my dad who suffered from Alzheimer’s disease. There wasn’t a bathroom throughout the whole trip that my father could find his way out of on his own. It wasn’t until that trip that I truly realized how advanced in the disease of Alzheimer’s my father really was. I had been kidding myself, living in denial, believing he truly wasn’t all that bad.

If you want to do some traveling, my advice is to go early while both of you can still enjoy it. Because once the disease starts winning, and it will, loving them in the comfort and security of their own homes may actually be the best vacation possible.

If you do travel, and you’re traveling by plane, when making your reservations, I would list your loved one as a passenger with disabilities. If you are prompted to ask what type, just tell them there is a cognitive disorder. I have personally talked with many of my friends living with dementia—they have told me that the airlines have helped them immensely. With the extra-long lines today due to security checks, take whatever assistance that is available to you and your loved one.

If you’re traveling across many different time zones, you may want to consider keeping medication times the same as his or her home routine. You can set different alarms on your cell phone to assist you. This will help everyone get settled back in when you return home, for this could brings on another whole set of difficulties.